This item is from a Peterbilt 379. Search for parts only from American Truck Salvage. 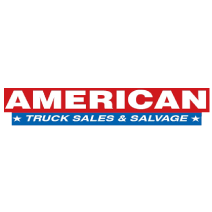 Other Suppliers Near This Location